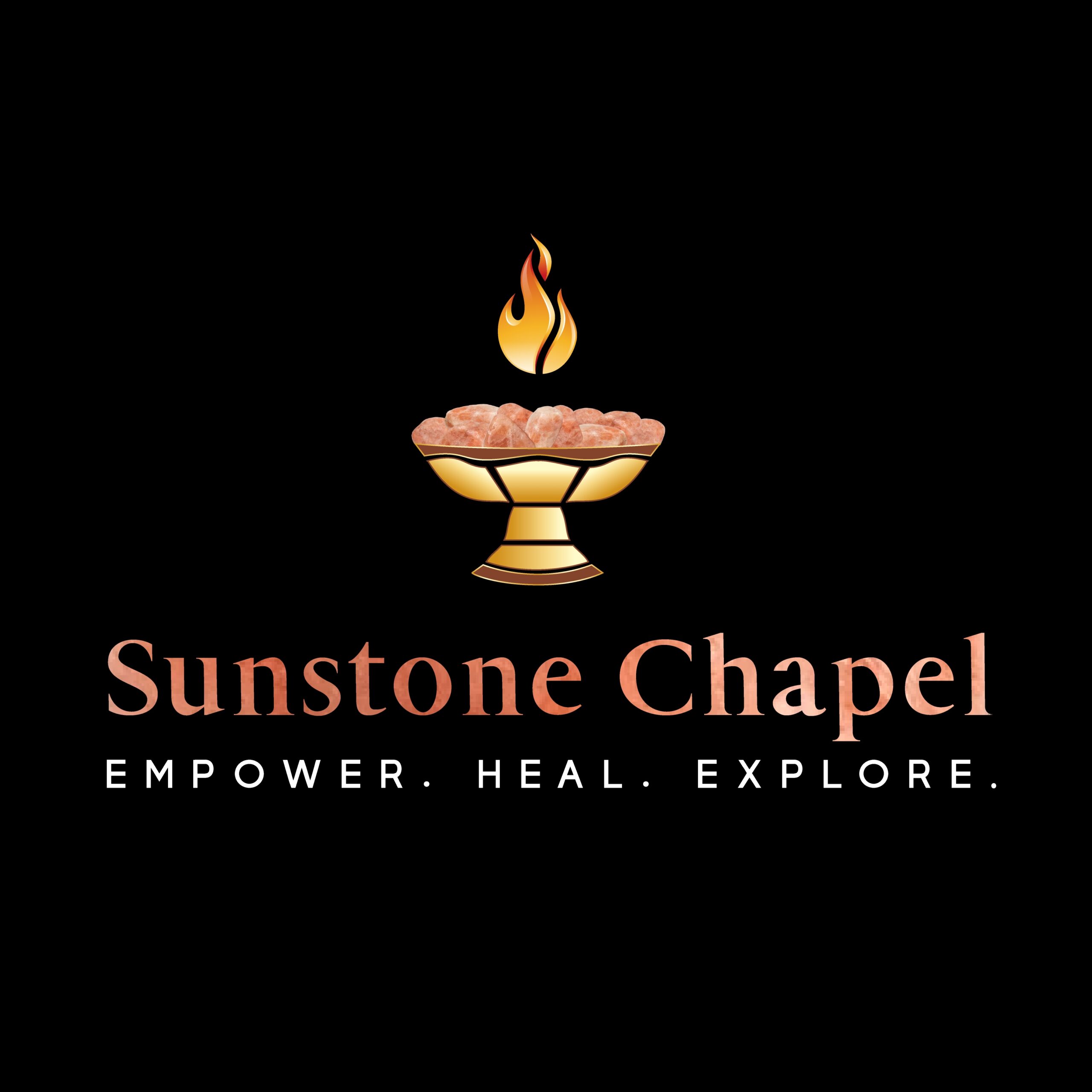 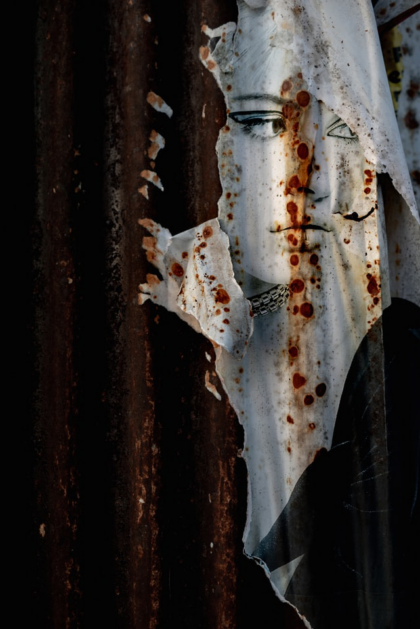 Sermonette: A Sermon on Evil

Listen to this on our Podcast

Evil. There is a lot to be said of evil. There is even more – to be felt, of evil. Not so much as what does evil look like – but how does it feel? What is the impact of evil in our lives? In our world. How and why is there so much evil among us?

Associate Professor Dr. Oksana Danchevskaya, a Cultural Studies specialist, writes in her paper called Good and Evil in Native American Mythology, that traditional Native American beliefs include the idea that “many diseases are caused by evil spirits or malice”. Her research found that many Native Americans believes that “not until evil entered the world did persons get sick in the body or head”, thus many ceremonies and the work or medicine men in indigenous North America were aimed at driving evil spirits away.” she goes on to explain to us, “if we explore Native American mythology, we would discover that it is rather difficult to draw a clear line between good and evil as they are not only often interconnected, but both keep the world in balance.” So, unlike western cultures, there’s not so many questions around good versus evil. Instead, they concern themselves with issues of balance and imbalance.

How about Pagan beliefs around evil?

I do not spiritually identify as a Pagan, but I enjoy and often find myself around Pegan friends and advocates. Like Unitarian Universalist, my understanding is that Pagans don’t subscribe to just one specific truth or belief. Who or what Evil and if it exists – is more often determined based on an opinion or spiritual experience. That said, many Pagans may regard evil as a natural part of the world, that requires a combination of mainstream and alternative practices to address. For example, for a Pagan, this may look like addressing evil by voting it out of office. An alternative practice to address evil might be to ritually cleanse away unwanted spirits with a witch’s broom and the burning of sage.

What about other beliefs? Well, I am saddened that there are traditional cultures who believe there is something evil or sinister about menstruating women. So sinister and evil that menstruating women are kept away from others, shunned, or otherwise made to feel unworthy during her reproductive cycle.

How could something so natural be so evil?

I believe that the socio-cultural beliefs that menstruating women are evil or impure is, evil in and of itself. It’s evil because the belief translates into actions that are imposed on others which negatively impact their emotional and often their physical health. Their daily lives are impacted because they are often not allowed to enter a kitchen, touch holy books, or even offer prayer. This is evil because the actions of causing someone to think if they touch a cow while menstruating will make the cow infertile – for example – is what I consider emotional abuse. Women and girls around the world who are impacted by this belief, often drop out of school when they begin menstruating. They feel and believe that who they are is cursed and problematic.

Is this not something many of us can relate to? Have you ever felt that who you are is cursed or problematic? To be the cause of someone feeling this way, is wrong. Wrong, Evil, and not in connection with the value of honoring the inherent worth and dignity of every person.

This perspective of the natural reproductive cycle of women and girls as evil is not my truth. I think narratives like this are the result of patriarchy unrestrained. I believe that to make a female feel unworthy and less than due to something natural and completely out of her control is a great way to keep one group underfoot, successfully suppressed, and otherwise discriminated against. To be shunned like this by your community and faith, is to be a female, in these cultures. I mean no disrespect to those who believe in the evil of a menstruating woman, but I absolutely, disagree.

In answering the question, “Why is there so much evil in the world?” I believe that one answer is:

Some people have the ultimate desire to be superior to others. If someone must demonstrate evil to assert their believed superiority, they will do so at all costs. This need for superiority and the persistence in maintaining it are the catalyst of evil. The desire for superiority and oppression is the root of much of the evil in our world.

In the Christian Tradition – it is understood that we are born sinners. We are inherently bad, evil, and unworthy. That to become worthy, we must believe that Jesus died for our sins. The sacred promise is that that we must endure earth, believe in Jesus, and have faith we’ll have a better situation in the afterlife. The Christian Tradition reminds us that there will be eternal pain in a lake of fire if we do not obey and believe in God. Alternatively, if we believe in Jesus and ask for forgiveness when we hurt others, our future will include a beautiful paradise. Eden. Heaven. Perfect.

As a Unitarian Universalist – my evolving truth on Evil is that Being in the company of evil, is Hell. Being in the company of evil is Hell on earth. Unimaginable sorrow and pain. I believe we avoid this by DOING better. By Believing better. From my liberal faith perspective – The Promise is not necessarily perfection in heaven with angels praising a holy super-being continuously for eternity. For me, The Promise is peace. Peace within ourselves. Peace between each other. Peace on Earth. So much peace that people don’t have to wait for death and their arrival in what some call Heaven – in order to finally …be well.

Heaven will no longer be able to be held over our heads like a carrot on a stick, that we can smell but cannot see. It would not look as appetizing as the peace on earth we have already created. A five-course meal of truth, peace, joy, purpose, and love.

That is my Heaven. My Heaven is peace on earth. It is hard for me to consider Evil without considering what is Good.

Is Evil real? Tangible? I believe that is it. It is closer than we may think.

We are all different. Different but equal under the great creator. Evil is the action of acting out a false superiority narrative on other people. White supremacy culture is Evil. Evil is acting upon the idea that what I want is more important than your life because my life is superior to yours. That is wrong. That is Evil.

Good is when we Believe in Anti-racism. When we do anti-racism

Good is advocacy for justice.

Good is being for a cause beyond yourself. Being like Jesus. Being like Mother Theresa. Being like MLK. Bruce Lee was a philosopher and martial artist. He advocated self-mastery, finding our own truth, and anti-racism. Be like Bruce Lee.

Let us have Faith. Having Faith is the promise that if we do better, we will be better. Believe better. die better. Yes, die better. That when we are done without time on earth, we have made the most of it. For ourselves, for nature in which we are a part, and for our fellow human beings with us and to come.

Let us not wait to die to get to a perfect heaven. Let us act, be active in making heaven on earth. Be a blessing to someone as a fellow human being. Blessings are not only in the scope and power of angels or spirits. We too are divine. You. Me. WE have the power to bless others. Be a blessing! The more we bless and love ourselves the more we bless and love our neighbor, the more Heaven-like earth will become.

May we not wait passively to die to find peace. We act. Aggressively like our lives depend on it because they do.

May we be assertive and relentless in our act of defeating evil and creating peace on earth.